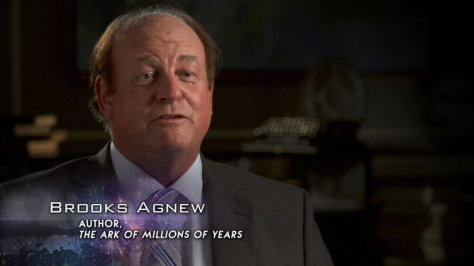 Brooks Agnew
(Author, The Ark of Millions of Years)

Brooks Agnew is a multi-patented engineer and a six-time Amazon best-selling author of nine books. Widely featured in numerous scientific documentaries, he is an internationally acclaimed lecturer on energy, manufacturing, and quality improvement while working with numerous Fortune 100 companies. He has been the host of X-Squared Radio for 13 years and currently serves as the CEO of an electric truck manufacturing company in North Carolina. [1]

The Ark of Million Years:
New Discoveries and Light on the Creation

The earth isn’t from around here. Read the book that became a national best seller in less than 90 days that describes how the ancients saw the creation and destiny of the Earth backed by leading edge physics. This is the book that started it all and is used as text book in many universities.

As explained by Dr. Brooks Agnew on Coast to Coast AM with George Noory, History Channel, and National Geographic Channel, Planet Earth is made of two planets, one very high frequency, and one low frequency, occupying the same space. Merged during the Flood of Noah, they have been rotating in harmony for nearly six thousand years. Until now.

Crafted as a trilogy of major motion pictures, this is the epic story of conflict and conquest between the five races of beings that began recorded history.

The one-party presidential system breaks down, allowing a write-in candidate, Robert Riker, to be elected. Ancient powers controlling the economics and military activity of Earth are thwarted by the will of the people. Here and there, pockets of light are woven together as the ultimate conflict between the seed of Lucifer and the seed of Adam square off for the grand battle for inheritance of the Earth.

This book is true, with use of fictional characters to help tell the story. In a white knuckle ride, the reader is chased from beginning to end. Enormous financial empires strategically move billions of dollars to take advantage of their foreknowledge of the events that are coming. The events are real. The names of these billionaires are real. Nothing has been changed to protect anyone, because they are all guilty.

History has unfolded exactly as this book tells it. The battle between good and evil happens every day on the television news, and by reading this book you will know why. You will also know why it is vital that you do something about it, starting with reading this book and then getting others to read it. We don’t have much time. The race is on.

Volume Two of the best-selling Bearth Trilogy continues as the reader discovers a true story unfolding around him in real time. Billions of intelligent spirits have made the arduous journey from every quadrant of the universe to be alive on Earth at this time. Some are born to commit unspeakable acts of evil. Some came here to personally advance and live during this amazing time of planetary transition. Others don’t belong here and don’t need to be here, and yet they came by the thousands to help the rest of mankind make it through mortality. You know who you are. The white knuckle ride continues as the lower and higher frequency Earths are now nearing the equinox of separation. 7 billion people hang in the balance during the Grand Division as evil makes one last attempt to harvest the souls alive on the planet. No one can deny the gluttony and corruption the elites have perpetrated against the family of mankind. But all is not lost as here and there around the world are pockets of light and hope. Is it enough to save the souls of mankind? In the mean-time, President Riker’s heroic team of misfits battle agents of the Nephilim to prevent a terrorist plot of epic proportions. The future of the universe is being created by the intelligent souls living on Earth right now. The choice is still yours as to whether we march inexorably down the eschatological trail to Armageddon, or you choose a different future. This is the book that could open your eyes to the power of your personal choice. Choose well. Read the book.

The Gathering is nearly complete, and both forms of Earth are Gathering the people together. The Nephilim have corrupted the race of man many times throughout history. Their treacherous genetic manipulation, wars, and economic corruption pale in comparison to their creation of religion. Now, at the end of the age, planet Earth is coming apart in the final volume of the Bearth Trilogy. The final battle between the seed of Lucifer and the seed of Adam is about to begin. The Nephilim taught the bankers, the generals, and politicians how to capture the entire race of man. The corruption is so powerful that it no longer hides in the shadows. There is no withstanding the economic and technological war against the children of men. Or is there? President Riker’s unlikely team of misfits has been hammered by adversity and forged in the furnace of evil. The Earth is changing. They are changing. Can they stop the Nephilim’s army from sending the higher Earth back through the Milky Way without us? The scope and reality of this final volume in the Bearth Trilogy is happening around you right now on the daily news. The wars, the religious genocide, the economic and political corruption are all real. The story is true. The cataclysms are possible. The places are real. None of the names have been changed, because they are all guilty. Only the characters of the story are created to carry you through the events at the ground level. When you finish this final volume of the trilogy, you will never look at life or death the same again. Are you ready for the change?

Remembering the Future:
The Physics of the Soul and Time Travel

You are about to receive the key that unlocks The Secret and opens the abundance of the universe. After all, the ultimate self-help book should be able to put you in touch with your entire self in the past and future. The Universe is folded up inside each and every one of us. The future is all about possibilities other than the path to Armageddon you have been taught. Are the prophets wrong? No. Their view of the future is one of many possibilities. By reading this book, you are empowered to make informed choices that will usher in a new future of your choosing and your creation. We need you. In fact, Planet Earth may not survive without your help. The tools you will receive in this book are real. They have a strong basis in science that is supported by proven and repeatable physics experiments. Anyone can master these techniques for working the Laws of Attraction to affect the bounty of a mortal life. Every word in this book is real and true. Everything you do will eventually affect the Universe. Do it on purpose. 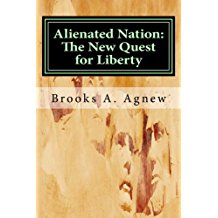 80 years ago, America the beautiful was led down a dark alley by an Agency-Government that has consumed everything, and produces nothing. Finally, she has decided this abuse must come to an end. We already fought our bloodiest war over this once. We know what to do this time. 40 States have already passed some form of Sovereignty Act, more than enough to ratify any repeal or pass new amendments. It is time we gave the President’s Ministers their pink slips and set the People free. We are one nation under surveillance, and we are ready to recover our liberty right now. You’ll learn what is being done about it and where you can help. There is some major house cleaning to do. Grab a broom. This might take some work. It cannot happen without you. We can step back from the precipice, or we can run over the edge. You have already made part of the choice by reading this introduction. Read the book and grow, friend. We need you.