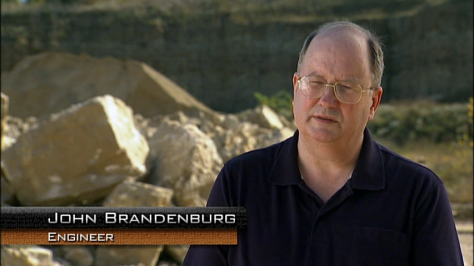 Dr. John E. Brandenburg is a plasma physicist working as a consultant at Morningstar Applied Physics LLC and as a part-time instructor of Astronomy, Physics and Mathematics at Madison College, and other learning institutions in Madison, Wisconsin. Previously he worked at Orbital Technologies on space plasma technologies, nuclear fusion, and advanced space propulsion. He is the principle inventor of the MET (Microwave Electro-Thermal) plasma thruster using water propellant for space propulsion. He has previously worked on: SDI, the Clementine Mission to the Moon, Rocket Plume-Regolith Interactions on the Moon and Mars, Vortex theory of Rocket engine design,and the combined Sakharov-Kaluza-Klein theory of Field Unification for purposes of space propulsion and Mars science. He also performed an architecture study for a Human Mars Mission using solar electric propulsion. Before working at ORBITEC he taught and performed research at the Florida Space Institute of the University of Central Florida, at Aerospace Corporation in Chantilly Va., and earlier at Research Support Instruments (RSI) in Lanham, Maryland. During the Reagan years he worked at Mission Research Corporation and Sandia National Laboratories on SDI and plasmas for controlled fusion and directed energy weapons. He earned his PhD in Plasma Physics at Lawrence Livermore National Laboratory while working on controlled fusion and a Bachelors’ degree in Physics at Southern Oregon University.

Dr. Brandenburg has authored the popular science books Life and Death on Mars (2010), Beyond Einstein’s Unified Field (2011) and Dead Mars, Dying Earth (1999) with Monica Rix Paxson. He has written two science fiction novels under the pen name “Victor Norgarde”: Morningstar Pass The Collapse of the UFO Coverup and Asteroid 20-2012 Sepulveda.

He is the recipient of the William Gerald Award in 2006 from the Harlem Children Society for his work with underprivileged students, and the 2012 Devi Bhargava Award at Madison College for working with students with disabilities. He has three children and one grandchild. [1]

Life and Death on Mars: The New Mars Synthesis