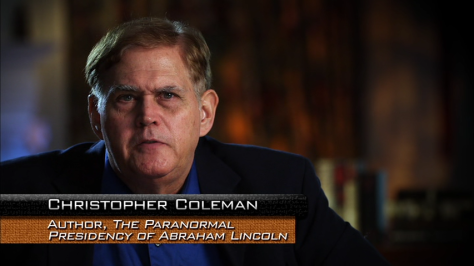 Christopher Kiernan Coleman is a purveyor of both nonfiction and fiction books on a wide variety of subjects. His current books in print span the spectrum from true ghost stories and weird tales of the South, to histories and biographies dealing with Late Unpleasantness (Civil War); future books and articles will treat themes related to the Dark Age warfare and the Age of Arthur. He also has an abiding interest in folklore, Forteana, and Cryptozoology. Chris currently has six books in print, in addition to published articles in both the popular press and scholarly journals. His latest book is, “Ambrose Bierce and the Period of Honorable Strife,” which chronicles the Civil War years of the famous author of weird fiction, realistic war stories and biting satire.

Christopher Coleman received his BA in History from St. Anselm College and pursued graduate studies in Archaeology, Ancient History and Near Eastern Languages at the University of Chicago. He worked with Metro Nashville’s Parthenon Museum for over five years, conducted living history programs at historic Fort Nashborough and has also managed a two hundred year old home. Among his museum duties were lectures on art and history, curating exhibits and coordinating living history; his museum work also encompassed accessioning new artifacts into collections, membership development, as well as PR, Marketing and coordinating special events. He is executive director emeritus of a regional arts council.

He continues to lecture part-time as an adjunct instructor at Volunteer State College and writes free-lance in popular and scholarly periodicals as well as writing articles online his in American Civil War blog, The Late Unpleasantness; his Arthurian blog, Rex Quondam Futurusque, and his Dixie Spirits blog on WordPress. Chris is a member of several historical, folklore and archaeological societies, including the Tennessee Historical Society, the Tennessee Folklore Society, The Middle Tennessee Civil War Round Table, and the Battle of Nashville Preservation Society, among others.

Prior to settling in Nashville, he produced sponsored films and award-winning documentaries in New York. Chris has been involved in the publishing industry since 1995.

Chris Coleman is currently at work at several new books related to the American Civil War; Future book projects include several non-fiction works dealing with the Civil War as well as a novel set in Dark Age Britain–the Age of Arthur. [1]

The Paranormal Presidency of Abraham Lincoln

“Abraham Lincoln, sixteenth president of the United States, not only ranks as one of the nation’s greatest presidents, but also one of the most studied figures in history. However, despite all that has been written about Lincoln, he remains one of the most enigmatic individuals in American history. Explore a little known but important aspect of this most famous figure – a facet which has thus far received little serious attention. From his early youth to the very day of his death, Abraham Lincoln was visited by premonitions and visions of the future. He had an innate faith in prophetic dreams, omens, and other paranormal phenomena.

In 1775 Cherokee leaders sold most of Tennessee and Kentucky to the recently arrived white settlers, but Dragging Canoe, a proud chief, said that the sacred land should not be defiled by the white man’s ax and plow. “This is the Dark and Bloody Ground!” he proclaimed to the assembled chiefs.

Perhaps it is the abundance of decaying mansions that harbor dark and sinister secrets, or perhaps it is Tennessee’s tragic heritage of war and defeat, or it may just be the love of a good story that accounts for the fact that Tennessee is steeped in strange tales. Each of these 40 accounts has been exhaustively researched and is presented as accurately as possible, inclulding:

Ghosts and Haunts of the Civil War: Authentic Accounts of the Strange and Unexplained

Explore the strange and shadowy side of the civil war . . . A fascinating collection of ghostly sightings, auspicious visions, audible manifestations, and uncanny premonitions.

Ghosts and Haunts of Tennessee

Tennessee is famous for more than just Elvis Presley, Davy Crockett, and Jack Daniel’s. The Volunteer State is also home to enough ghosts, haunts, and spirits to make your skin crawl. Christopher K. Coleman’s Ghosts and Haunts of Tennessee is a new collection of 28 tales of the supernatural. This compilation explores never-before-published legends that span the entire state, from the mysterious mountains of Appalachia to the haunted banks of the Mississippi River. Those familiar with Tennessee’s most famous apparitions will find new thrills in Ghosts and Haunts of Tennessee. Readers may have heard of the Bell Witch, but what of her sister, a vengeful spirit known to the folks on the eastern part of the Highland Rim as the Buckner Witch? What about the phantoms of the Bijou Theatre in Knoxville, a restless troupe of ghosts who perform for unwitting audiences? And what about Hampton, the well-dressed butler of Oakslea Place in Jackson? He often greets visitors, but he’s been dead for years. Of course, this collection wouldn’t be complete without a look at the spirits of legends like Elvis Presley and the ghosts of famous music sites like Opryland and Music Row. Readers will find these stories and more in Ghosts and Haunts of Tennessee. This new compilation of authentic folklore offers a fresh look at things that go bump in the night in the Volunteer State.

Christopher K. Coleman has written several books devoted to Southern ghost lore, including Ghosts and Haunts of the Civil War, Dixie Spirits, and Strange Tales of the Dark and Bloody Ground. He received his B.A. in history from St. Anselm College and is a member of the Tennessee Folklore Society. He lives in Hendersonville, Tennessee.

Ambrose Bierce and the Period of Honorable Strife: The Civil War and the Emergence of an American Writer

In the spring of 1861, Ambrose Bierce, just shy of nineteen, became Private Bierce of the Ninth Indiana Volunteer Infantry. For the next four years, Bierce marched and fought throughout the western theater of the Civil War. Because of his searing wartime experience, Bierce became a key writer in the history of American literary realism. Scholars have long asserted that there are concrete connections between Bierce’s fiction and his service, but surprisingly no biographer has focused solely on Bierce’s formative Civil War career and made these connections clear.

Christopher K. Coleman uses Ambrose Bierce’s few autobiographical writings about the war and a deep analysis of his fiction to help readers see and feel the muddy, bloody world threatening Bierce and his fellow Civil War soldiers. Across the Tennessee River from the battle of Shiloh, Bierce, who could only hear the battle in the darkness writes, “The death-line was an arc of which the river was the chord.” Ambrose Bierce and the Period of Honorable Strife is a fascinating account of the movements of the Ninth Indiana Regiment—a unit that saw as much action as any through the war—and readers will come to know the men and leaders, the deaths and glories, of this group from its most insightful observer.
Using Bierce’s writings and a detective’s skill to provide a comprehensive view of Bierce’s wartime experience, Coleman creates a vivid portrait of a man and a war. Not simply a tale of one writer’s experience, this meticulously researched book traces the human costs of the Civil War. From small early skirmishes in western Virginia through the horrors of Shiloh to narrowly escaping death from a Confederate sniper’s bullet during the battle of Kennesaw Mountain, Bierce emerges as a writer forged in war, and Coleman’s gripping narrative is a genuine contri­bution to our understanding of the Western Theater and the development of a protean writer.