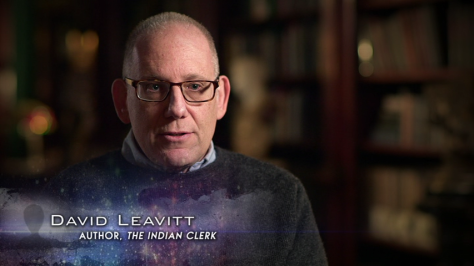 “I am the youngest son of a youngest son of a youngest son. My father and mother were raised in the environs of Boston. All four of my grandparents were Jewish immigrants from the Pale of Settlement. Leavitt, a Mayflower name, is my grandfather’s Americanization of Labovitz, which was in turn his father’s Russianization of Lieb. Just as, in the Lithuania of the 1850s, a Russian name was considered better than a German name, so, in the Boston of the 1890s, a Mayflower name was considered better than a Russian name.

My paternal grandfather, Joe Leavitt, owned a dress shop in Lynn, Massachusetts, called Leavitt’s Apparel Shoppe. He and his wife, May, had eleven children, nine of them daughters. My father, Harold, was the baby of the family. He went to Harvard as an undergraduate, then earned his MA from Brown and his PhD from MIT. His field, of which he was one of the founders, was Organizational Behavior. Shortly before his death he told me that he thought he was the inventor of the term “information technology,” but he wasn’t sure. My mother, Gloria, attended Simmons College for nursing, but dropped out when she got married. During the Second World War she worked as a welder.

The early years of my family’s life were peripatetic, following the course of my father’s career. First he taught at Rensselear, then at the University of Chicago (my brother, John, and my sister, Emily, were born in Chicago), then at Carnegie-Mellon in Pittsburgh, where I was born in 1961. When I was four, he took a position at the Stanford University Graduate School of Business in Palo Alto, California. This is where I grew up.

As a child I aspired to be a folk singer and took guitar lessons from Linda Waterfall. Unfortunately I inherited none of my mother’s musical abilities and all of my father’s tone-deafness. Nor did I have any talent for acting, as my few forays into the dramatic theater proved. (Though I was fourteen and my voice had not changed, I was cast as the psychiatrist in Equus.) I did better with poetry and briefly edited the Henry M. Gunn Senior High School literary magazine with George Packer.

In 1979 I graduated from Gunn and in 1983 from Yale College, where my teachers included Harold Bloom, Margaret Ferguson, John Hersey, John Hollander, Gordon Lish, and Michael Malone. My senior thesis, under the direction of John Guillory, was on Sir Edmund Spenser’s The Faerie Queene. After that I lived for a few years in New York, where I worked first at the now defunct Books & Co. and then in publishing, at what was then Viking-Penguin.

In 1981 I published my first story, “Territory,” in The New Yorker. My first collection of stories, Family Dancing, appeared in 1984. My mother died in 1985, a year before The Lost Language of Cranes, my first novel, was published.

I met Mark Mitchell, my partner, in 1992. In 1993 we traveled to Italy, intending to stay a year. We ended up staying until 2000, when I took a position teaching in the MFA program in Creative Writing at the University of Florida and we settled in Gainesville, where we have lived primarily ever since.

Dogs, terriers in particular, have played an important role in my life. The dogs of my childhood were a mutt (my father called her a “rat terrier”) named Trubbles, a Yorkie named Katie, and a soft-coated wheaten terrier named Molly. When I was in my twenties I had a Lakeland terrier named Posy. In 1997, in Rome, Mark and I acquired Tolo, our beloved wire-hair fox terrier. He moved back to the States with us and died in 2012 at almost fifteen. In December 2012 Toby, a Bedlington terrier, joined our household. Toby’s AKC name is Williamshire’s Secret Agent Man.

For most of my adult life I have been a working writer. My books include novels, story collections, and a couple of non-fiction works. In 1991 The Lost Language of Cranes was made into a BBC film with Brian Cox, Eileen Atkins, Angus McFadyen, and Corey Parker. In 2002 the Spanish director Ventura Pons adapted my novel The Page Turner into the film Food of Love with Juliet Stevenson, Paul Rhys, Allan Corduner, Geraldine McEwan, and Kevin Bishop. The Indian Clerk is currently in development as a film to be produced by Scott Rudin. In the 1990s I co–wrote a screenplay with the late John Schlesinger entitled Someone’s Son. It was never produced.

At different points in my career I have been the recipient of fellowships from the John Simon Guggenheim Memorial Foundation, the National Endowment for the Arts, and the Institute for Catalan Letters in Barcelona, Spain. In 1994 I was named a Literary Lion by the New York Public Library. Since 1990 I have been a member of the usage panel for The American Heritage Dictionary.

At the University of Florida, I teach graduate and undergraduate workshops and a lecture course on the American short story. I also edit the literary journal Subtropics, which I founded in 2006.

The Indian Clerk: A Novel

Based on the remarkable true story of G. H. Hardy and Srinivasa Ramanujan, and populated with such luminaries such as D. H. Lawrence, Bertrand Russell, and Ludwig Wittgenstein, The Indian Clerk takes this extraordinary slice of history and transforms it into an emotional and spellbinding story about the fragility of human connection and our need to find order in the world. A literary masterpiece, it appeared on four bestseller lists, including the Los Angeles Times, and received dazzling reviews from every major publication in the country.