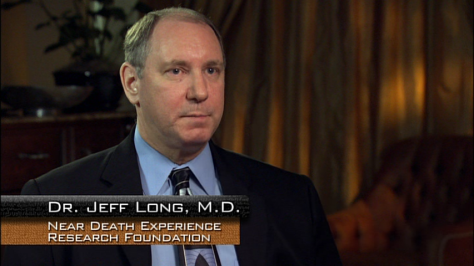 Jeffrey Long, MD was born in Albany, New York. He attended medical school and completed his residency in radiation oncology at the University of Iowa College of Medicine in Iowa City, Iowa. He has a subspecialty in therapeutic radiology. Dr. Long moved here from Gallup, New Mexico where he practiced radiation oncology and also worked extensively, both professionally and in public services. He has an eight page professional curriculum vitae with multiple professional publications, presentations, and research. In Houma, Dr. Long joined the Rotary and is a graduate of Leadership Terrebonne 2010. Dr. Long is married with three children. His wife Jody is an attorney. Dr. Long also has an interesting hobby. He is one of the world’s leading researchers of near-death experience. Dr. Long has studied over 3500 near-death experiences, which is by far the largest number ever scientifically studied. The results of his research were published in the New York Times bestselling book Evidence of the Afterlife: The Science of Near-Death Experiences. Millions of people have seen Dr. Long discuss his research on shows including the NBC Today Show, The O’Reilly Factor, The Dr. Oz Show, The History Channel, National Geographic television and on television broadcasts around the world. He has been quoted in the Wall Street Journal, Newsweek, and Time.com. Dr. Long has also discussed his research with many community groups in the Houma area.