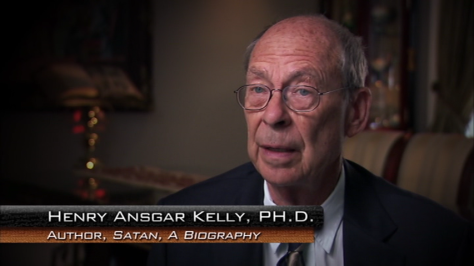 Kelly received his A.B. in Classics from St. Louis University in 1959 and two years later his A.M in English Literature and Ph.L. in Philosophy from the same university. He entered Harvard University in 1961, receiving his Ph.D. in 1965. During his time at Harvard Kelly was selected as a Junior Fellow by the Harvard Society of Fellows. From 1964 to 1966, Kelly took courses at the Boston College School of Theology and Ministry as a Jesuit Scholastic.

Kelly has received several awards and honors in his career. He was a fellow of the John Simon Guggenheim Foundation (1971–72), the National Endowment for the Humanities (1980–81; 1996–97), the Del Amo Andowment (1986), and the Medieval Academy of America (1986–). He served as vice-president of the Medieval Association of the Pacific (1986–88) and president of the Medieval Academy of America (1988–90). He was the recipient of a UC President’s Research Fellowship in the Humanities (1996–97) and director of the Center of Medieval and Renaissance Studies at UCLA. In 2009 he received the UCLA Dickson Emeritus Professorship Award. [1]

Christians traditionally think of Satan as Lucifer, God’s enemy, who rebelled against Him out of pride and then caused Adam and Eve to sin. But, as Kelly shows, this portrayal is not biblical but a scenario invented by the early Fathers of the Church which became the ‘New Biography of Satan’. The ‘Original Biography’ must be reconstructed from the New Testament where Satan is the same sort of celestial functionary we see in the Book of Job – appointed to govern the world, specifically to monitor and test human beings. But he is brutal and deceitful in his methods, and Jesus predicts that his rule will soon come to an end. Kelly traces the further developments of the ‘New Biography’: humankind’s inherited guilt, captivity by Satan, and punishment in Hell at his hands. This profile of Satan remains dominant, but Kelly urges a return to the ‘Original Biography of Satan’.