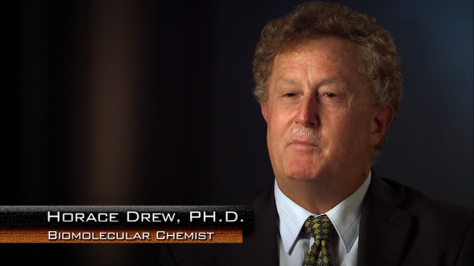 Horace Drew grew up in Florida during the 1960s and 70s, then took a Ph.D in Chemistry at Caltech in 1981, where he did several of the first high-resolution x-ray structures of DNA. He then spent five years between 1982-1987 doing post-doctoral research on DNA and chromosomes at the MRC Laboratory of Molecular Biology in Cambridge. He moved to Australia in 1987 and has lived there ever since. Later in the 1990s he began to do DNA forensic research as a private hobby with UFO investigator Bill Chalkler. Horace became interested in crop circles only in 2002, when the Crooked Soley ‘curved DNA’ formation showed what he and other colleagues were meeting to discuss, just 50 km away in Cambridge! [1]