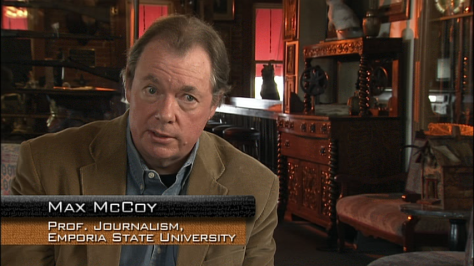 Max McCoy is an award-winning journalist and author. He’s won awards for his reporting on unsolved murders, serial killers, and hate groups. In addition to his daily newspaper work, McCoy has written for publications as diverse as American Photographer, True West, and The New Territory. He’s the author of four original Indiana Jones adventures for Lucasfilm/Bantam and the novelization of the epic TNT miniseries, Into the West. His novels, including Damnation Road, have won three Spur awards from the Western Writers of America. His novels, Hellfire Canyon and Of Grave Concern, have also been named Kansas Notable Books by the state library. He’s a tenured professor of journalism at Emporia State University, in east central Kansas, where he specializes in investigative reporting and nonfiction narrative. He’s also director of the university’s Center for Great Plains Studies. His most recent book is Elevations: A Personal Exploration of the Arkansas River, from the University Press of Kansas. [1]