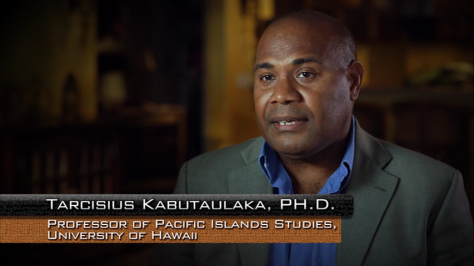 Tarcisius Kabutaulaka is a political scientist with a PhD from the Australian National University and undergraduate and MA degrees from the University of the South Pacific (USP). He joined the Center for Pacific Islands Studies in 2009. Prior to that, he worked for six years as a Research Fellow at the East-West Center’s Pacific Islands Development Program. Before moving to Hawai’i in 2003, he taught history and political science at USP. Over the years, Kabutaulaka has also done consultancy work for governments, regional and international organizations and NGOs in the Pacific Islands. He is the editor the Pacific Islands Monograph Series (PIMS), the founding editor of Oceania Currents, and a member of the editorial board of The Contemporary Pacific. He has published extensively on the Solomon Islands civil unrest and the Australian-led regional intervention, the forestry industry in Solomon Islands, China in Oceania, and on governance issues in the Pacific Islands. He is the co-editor (with Greg Fry) of Intervention and State-building in the Pacific: the Legitimacy of ‘Cooperative Intervention’ (Manchester University Press, 2008). In 2000, following two years of conflicts in Solomon Islands, he participated in the peace talks in Townsville, Australia, as one of the chief negotiators. He is a regular commentator on Radio Australia. Kabutaulaka comes from the Weather Coast of Guadalcanal in Solomon Islands.